In 1854 a group of stalwart settlers led by Samuel McCorkle platted the four-block town of Somerville near what is now I-35 and the DeKalb-Clinton County line astride the proposed route of the Hannibal-to-St. Joseph railroad. But the grade at Somerville was deemed too steep and trains, they learned, could not stop there. So, using teams of oxen, these pioneers dragged the three buildings which comprised the town of Somerville a mile or so southwest. In 1855 they laid out a new town and changed the name to Cameron, in honor of Mr. McCorkle’s wife Malinda Cameron.

Although Cameron existed, it lacked an organized government until 1867 when it incorporated and was governed by a Board of Trustees. In 1882 Cameron adopted a Mayor-City Council form of government with the colorful Solomon Musser as its first mayor. His 14,000 square-foot Musser Mansion at 4th & Chestnut with is 5-story tower became Cameron’s hallmark. By 1919 Cameron adopted a new charter and became a Third Class City. In 1949 it adopted the City Manager government model with Edwin Allen, Jr. as its first City Manager.

The City erected its first street lights in 1881, which consisted of nothing more than a few coal oil lamps atop posts along 3rd Street. A lamplighter mounted a ladder and tended to each fixture at dawn and dusk. Electricity arrived in 1890 with an intermittent power plant at 2nd and Main, serving only 3rd Street through just two small wires. Power plant upgrades came in 1899 and 1924.

Public and private wells served the City until 1903 when the first City Water System was begun. By 1904 Cameron had its first reservoir and water tower. During the drought of 1936 the resourceful citizens piped water in from the Missouri River. During a similar shortage in the late 1980’s, workers dammed Grindstone Creek and pumped water to Reservoir No. 3 before construction of the Grindstone Reservoir could be completed.

Beginning in 1903 sewage flowed into a giant septic tank in southeast Cameron, but a sewage treatment plant was completed in 1924 and upgraded in 1952. With growth spurred by two state prisons, voters in 1997 added a 3/8-cent sales tax to double sewer plant capacity. 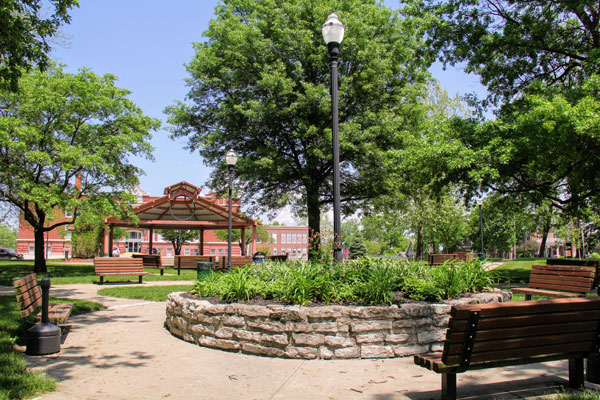 Cameron’s park system was established as part of the original survey when founder Samuel McCorkle donated park land in 1855 near the town’s center. Two-time Presidential Candidate William Jennings Bryan delivered a fiery speech at McCorkle Park in 1901. The park added a Firemen’s Memorial in the 1970’s which displays a 1928 Studebaker fire truck and other mementos. The City added public restrooms to the memorial building in 2004. For three decades the Cameron City Band performed weekly summer concerts atop the structure. In 2002 the Band completed the Thomas Price Pavilion in McCorkle Park to serve as the new band venue.

Traveling tent shows called Chautauqua appeared regularly in early Cameron and in 1892 Recreation Park was established on the old Southside Chautauqua grounds. A swimming pool was added in 1938 which was replaced by an Olympic-sized pool in 1982. Lighted tennis courts, picnic shelters and playground equipment continue to host family and community events.

Cameron’s largest park is also its least known. Memorial Park was established in 1946 as a 150-acre memorial to veterans, many of who  played golf.   A golf course quickly occupied park ground as later did Cameron High School, Cameron Middle School and a ball field. In 1990 the Veterans Memorial was built to honor veterans with tablets commemorating the nation’s four major conflicts. The memorial was renovated in 2011 and is the site of the Veteran’s Tribute program on July 4th each year.

Although government and music may not always go together, in Cameron they do. In 1866 the Cameron Coronet Band began a tradition which voters made permanent in 1929 by passing a band tax.  The Cameron Municipal Band remains one of the few tax-supported city bands in the nation. 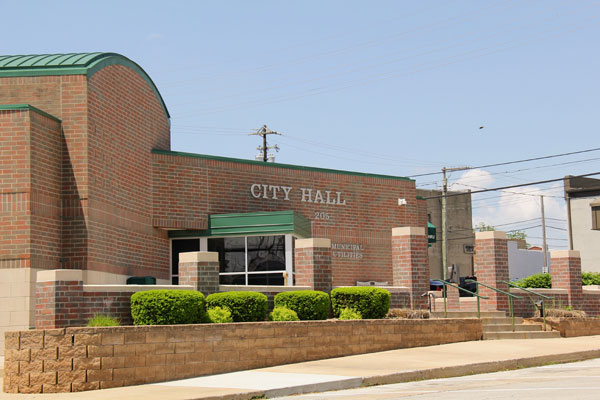 In 1996 the City added a new Public Safety Building housing fire, police, highway patrol, and ambulance services. That same year the airport got a new 4,000 foot runway. In 2001 City staff moved in to a new barrel-vaulted City Hall which was built without a tax increase. The new building was constructed on the old City Hall site, so during construction, a temporary City Hall operated from a downtown storefront for a year. The adjacent Public Works Building gave the City street and water-sewer departments a new facility as well.

Special Thank You to the Cameron Newspapers for providing the information within this section.